The big tree which comes from  the small seed. When the seed grows, it emerge from the soil like it is breaking that soil popping out. When it emerges out. It spread its leaves when it was a small plant it can be eaten by some animals, but once when it struggles and grows as a tree it leaves peacefully.

When it came out of the soil to show its proud and later it became a plant after a lot of struggles it rises up even if someone cut the entire tree, then too it never gives up until its root are still in the soil. 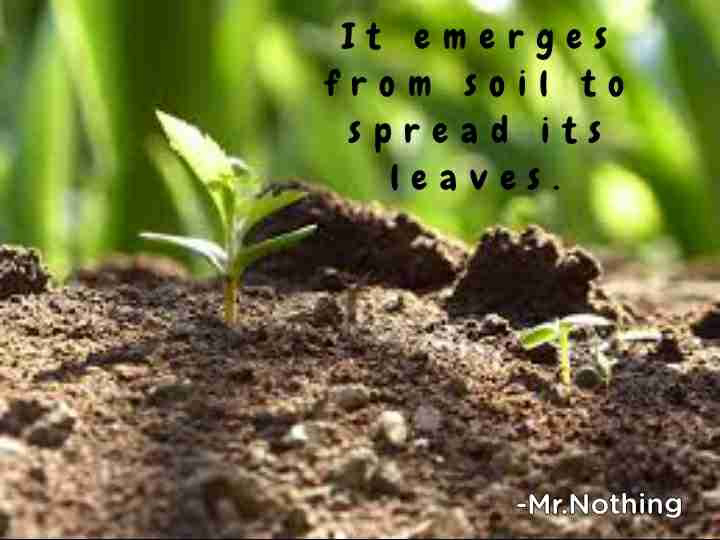 Even it only has root it is still ready to create it again. Most of us are like the seed we came out of the struggle as a plant. When we be growing successfully if someone broke it, we will try to struggle, then we will become like a tree. But if we lost our confidence, we can't grow up, but when you are strong in your root like that tree in your desire you will grow up whoever may cut you down but still you can grow. 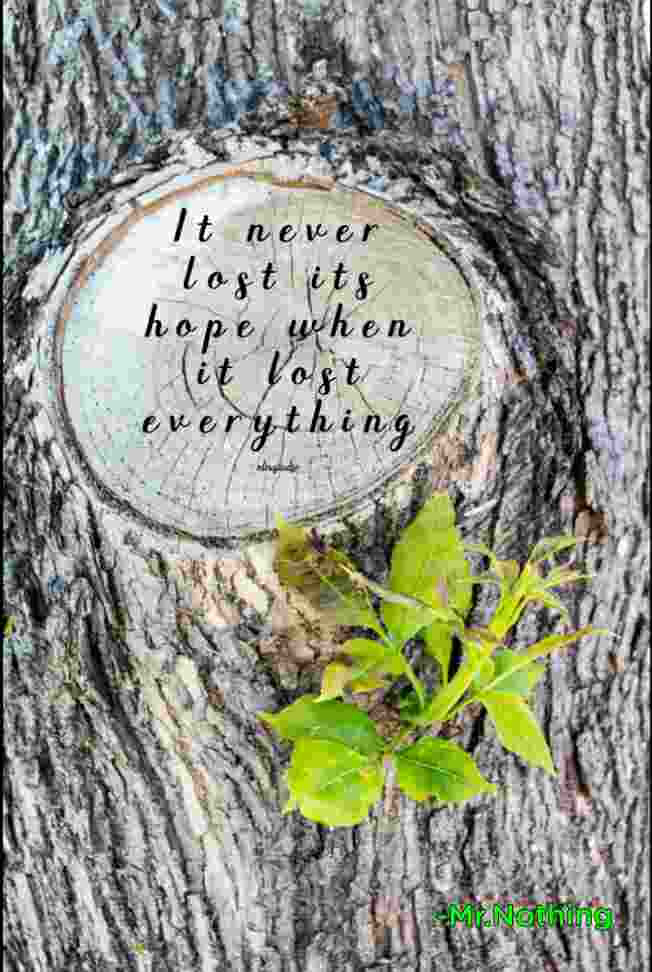 When the seed is coming out of the soil and started to struggle till they reach the point as a tree. People may start the journey and they reach as a tree, but when they are fully destroyed, there some people lose their capability to regrow. But some people are like that root when they have a strong desire in the heart, even when they are fully destroyed, they never give up and start to rebuild themselves.The tree never gives up it spreads its seeds around the way and makes the entire land, it's path even if it can't achieve it never gives up so why should we quit. 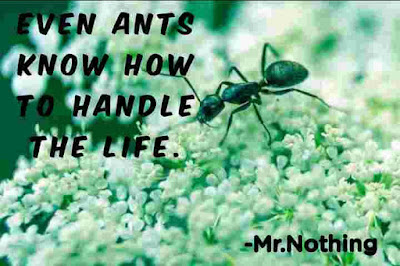